Electric vs Solar Dehydrator – What’s the Difference, Which One to Choose and Why?

Dehydrating food by placing it in the open air on a sunny day without any protection from insects, birds, and animals, is a practice that goes back millennia, but for health reasons, it is no longer recommended for food dehydration especially for jerky making.

While we know that the ancient Egyptians sun-dried food, what we don’t know is how many people may have been affected by food-borne illnesses owing to possible low hygiene standards at the time.

Solar drying as it is practiced nowadays usually involves devices that are built to protect the food from pests, and to improve the efficiency of dehydration by concentrating the flow of hot air over the food drying area.

With the development of electrical reticulation systems in the early twentieth century came to the possibility of electrically operated dehydrators that were not weather-dependent, and could run continuously day and night.

Some people such as those in more remote areas where mains electricity is not available to use solar dehydrators out of necessity, but a number of people use this method out of choice.

We will compare solar and electric dehydration technologies and the pros and cons of each method.

What’s The Difference Between Electric vs Solar Dehydrators?

Solar dehydration, as opposed to sun-drying, involves the modification of open-air food dehydration whereby energy from the sun’s rays is collected inside a specially designed unit that has screened ventilation for the removal of moisture.

The air temperature inside the unit can be 20°F to 30°F higher than the surrounding air, resulting in shortened drying times.

The solar ‘collector’ may be a simple glass-topped cabinet with drying shelves inside (passive direct solar dryer) or a sheet of metal, painted black to absorb heat, located at an angle in a large shallow box glass-topped, such that the air between the sheet and the glass is heated and then allowed to flow out at one end.

The heated air will rise by convection through the drying racks that are fixed inside an attached box (passive indirect solar dryer).

The attached box has mesh screens over openings strategically placed at the top and the bottom of the box to allow continuous airflow while keeping out insects away from the food.In more advanced solar dryers, a solar-powered fan or fans may be used to increase the volume of air flowing through the system (active solar dryer).

Obviously, solar dehydrators only work during daylight hours and are dependent on sunny weather.

Solar dryers can be purchased or constructed at home at a relatively low cost, and designs vary in efficiency and complexity.

They need to be made of durable materials, such as hardwood or as they will be exposed to the elements on a long-term basis.

Electric food dehydrators contain an electrical heat source (heater element), a ventilation system (fan) and drying trays in a single unit and, because they are not weather dependent, are used indoors.

There are few suppliers of domestic solar dryers, such as the SolarFlex small farm dryer, but many DIY dehydrator designs can be found on the internet.

Electric dehydrators are more expensive than solar dehydrators owing to the materials used and the cost of the electrical circuits, which may have relatively simple analog controls or more complex and versatile programmable digital controls.

Dehydration times are substantially reduced when compared to solar dehydration, owing to the continuous nature of the drying process, and are proportional to the power rating of the fan-heater unit and the volume of airflow.

Although the initial cost of an electric dehydrator may be quite high, it runs at low temperatures, uses less power and is more energy-efficient than an oven making it a better choice for the money.

Pros And Cons Of Solar And Electric Food Dehydrators

Which One Should You Choose?

If you are concerned about saving energy and going green, or living off the grid by choice or necessity, then there is no question that the solar food dehydrator is for you.

But if you prefer the speed and convenience of modern conveniences, or live where sunny days are only a distant dream, then there is a wide range of electric food dehydrators available to choose from.

As with so many things in life, decisions involve trade-offs, and in this case, it would take a strong person to go for a solar food dehydrator out of choice. But it is important to know that the possibility is there to avoid contributing unnecessarily to the pollution and climate change associated with fossil-fuel-generated energy.

Eric is the owner, author, content director and founder of dehydratorlab.com. He is the lead architect and the main man in matters concerning dehydrators, their accessories, guides, reviews and all the accompaniments.Whenever he is not figuring out simple solutions (hacks) involving cookery and their eventual storage, you will find him testing out the different types of dehydrators, to bring us the juicy details regarding these devices.He is a foodie enthusiast, pasionate about making jerky has a knack for healthy and tasty food and won't hesitate to share out any ideas that might be of value around this subject.

Dehydrator With a Fan vs Without a Fan – Which One to Pick?

We look at a dehydrator with a fan vs without one so that you can make a sound decision basing on your needs and preferences. Let's dive in! 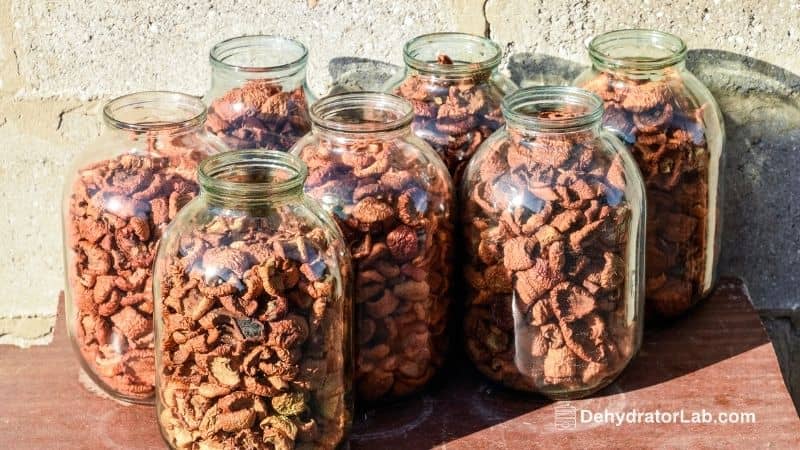 Food dehydration comes along with its bag of goodies. But what foods can be dehydrated? Find out in this article 6 amazing foods you can dehydrate easy at home.

10 Vegan Dehydrator Recipes – HealthyYou Can Try With At Home

Looking for a delicious light lunch or snack but have no idea what to do? Our vegan dehydrator recipes come in handy and are easy to make at home!